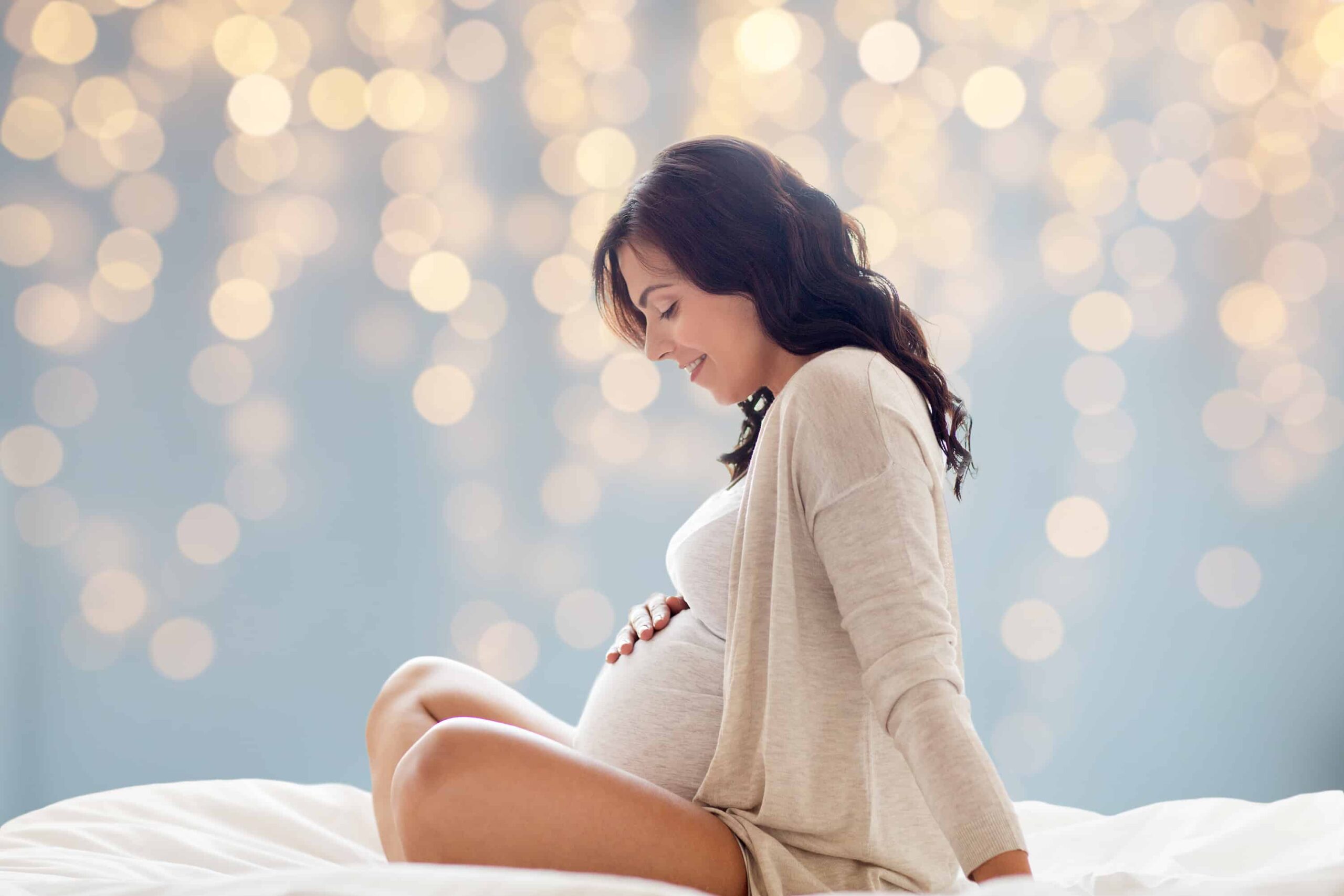 The opioid crisis has exploded in the media over the past 5 years. In fact, two years ago today, Governor Ducey declared a state of emergency regarding the opioid epidemic in the state of Arizona.

I’ve visited many organizations in our city that deal directly with the opioid crisis, and the good news is Phoenix has many resources. The bad news is there is an unfortunate lack of knowledge of those resources in our community.

During this time, I was fortunate to be able to interview a doctor who specializes in caring for pregnant and parenting women with substance use disorders and is on the front lines of the opioid crisis–Maria Manriquez, M.D., FACOG.

What started the opioid crisis (epidemic)?

As a result, healthcare providers began to prescribe them at increased rates to comply with addressing the “5th vital sign” and improve patient satisfaction.

This lead to more patients becoming dependent on opioids as well as more opioids available for diversion. In 2017, an estimated 2 million people suffered from opioid use disorder–both prescription opioid and heroin use disorder.

MM: Let’s use nicotine as an example. A person may use nicotine and find themselves needing more than the original amount to have the same positive effects. This is defined as tolerance.

When the person doesn’t use nicotine they may have negative side effects, this is defined as withdrawal.  Wanting to have nicotine and it being on your mind is defined as craving.  Using the money you may have saved for something else relates to the compulsion associated with addiction.

So when an individual uses a substance and then misuses or abuses it, that leads to dependence or addiction.

Once the neurobiology of the brain has been altered secondary to misuse or abuse a person may have a chronic lifelong addiction or use disorder.

Is long term use of opioids indicative of dependence or addiction?

MM: Regular use of opioids increases the chances of being dependent or addicted. This is why doctors are discouraged from prescribing patients opioid pain relievers for chronic pain like headaches, back pain, or pelvic pain that hasn’t been evaluated by imaging or other diagnostics.

Opioid pain medication is best for acute pain like a broken bone, just after a surgery, or in terminal (end of life) circumstances.

In some instances, it only takes a person a week or two to become dependent.

What are the main differences between Oxycodone and Hydrocodone?

MM: Oxycodone is made by modifying Thebaine, an organic chemical found in opium. Hydrocodone is semisynthetic, made from codeine.

How long does hydrocodone stay in your system?

Hydrocodone has a longer half-life than oxycodone, so it stays in your system longer. For instance, hydrocodone can be detected in your system for 2-3 days after ingesting. Of course, taking either for a long period of time may result in developing a “physical dependence” on them.

MM: Norco is the brand name of the combination drug that has hydrocodone and acetaminophen (Tylenol).

Is Pentazocine, or any other mixed opioid agonist/antagonist, being used or investigated for opioid dependence applications, like suboxone/buprenorphine?

MM: Pentazocine is an opioid agonist and when combined with naloxone, an antagonist, you have the brand name medication Talwin NX.  Talwin NX is used to treat pain–not for opioid dependence.

Pentazocine is an agonist at the K-opioid receptor unlike most of the other opioids which primarily act at the mu receptor.

What are the main differences between suboxone, subutex and methadone for severe opioid dependence?

MM: Opioid use disorder is classified as mild, moderate or severe depending on the number of criteria met. There are 11 criteria that are evaluated if 2-3 are present that would be considered mild, 4-5 moderate and 6 or more severe.

Maintenance agonist therapy (MAT) is appropriate for treating any classification.

The current MAT is Methadone, Suboxone (buprenorphine/naloxone) and/or Subutex (buprenorphine alone) which is really only used during pregnancy.

Suboxone has naloxone added to prevent the medication from being tampered with and used intravenously.  We use Subutex in pregnancy because of the concern that the naloxone could stimulate withdrawal in the pregnant patient and cause untoward effects in the fetus.

All three of the MAT medication work well. Methadone is a full agonist and as a side effect has the same ability to decrease respiratory effort as any other opioid. It can only be obtained from a methadone clinic.

Suboxone is a combination drug, including the partial agonist (buprenorphine) and antagonist (naloxone).  The buprenorphine has a greater affinity for the mu receptor but does not have the same ability to decrease respiratory effort or symptom relief. This is called a ceiling effect.

As a result, this has rendered the drug safer than methadone.

A lot of research is being done in the space of pregnancy, opioid use disorder, and the effects on newborn babies.  Current literature suggests buprenorphine has earlier and shorter neonatal abstinent syndrome (NAS) than methadone.

Buprenorphine can be prescribed by doctors with an X waiver on their DEA registration. This is often more convenient for patients especially when they are far away from a methadone clinic.

As an OBGYN, you have a unique role in the opioid crisis taking care of expecting mothers who have substance use disorders.

How do you use methadone to help with opioid dependency in pregnancy?

If they have been on methadone and are stable then it is recommended that they continue to use methadone. Patients on methadone would see me for their obstetric care and obtain their prescription of methadone from a methadone clinic.

We all have our own unconscious biases.

Our biases towards drug addiction have blinded us to the opioid crisis that’s unfolding right in front of us.

Most women who smoke or drink STOP when they find out they’re pregnant.

However, most of the women Dr. Manriquez cares for CAN’T STOP when they find out they’re pregnant. It’s not a choice for them. It’s a disorder.

Our community needs to understand there is a difference between abuse and addiction. Many of the ills in our community are due to the abuse of substances–whether it be sugar, carbs, alcohol, or drugs. There is a line that gets crossed where abuse becomes addiction and we are quick to pass judgment on addicts, equating them to abusers. One in five high school students reports misusing prescription drugs. Most first time abusers of painkillers obtain them from a friend or relative.

We, as a community, need to destigmatize our biases against opioid addiction.

Center for Disease Control and Prevention

Drug addicts are our neighbors, our friends, our students, and our children. They need help and there are resources available but we need to stop thinking of the addict strictly as an abuser.

We will follow up on this interview and topic because we’ve only scratched the surface of this important issue.

I encourage you to watch a few minutes of Chasing the Dragon, a documentary from the FBI and DEA on opiate addiction with real people and real stories.

How can we remove associations of shame or disgrace from people who suffer from substance use disorder? 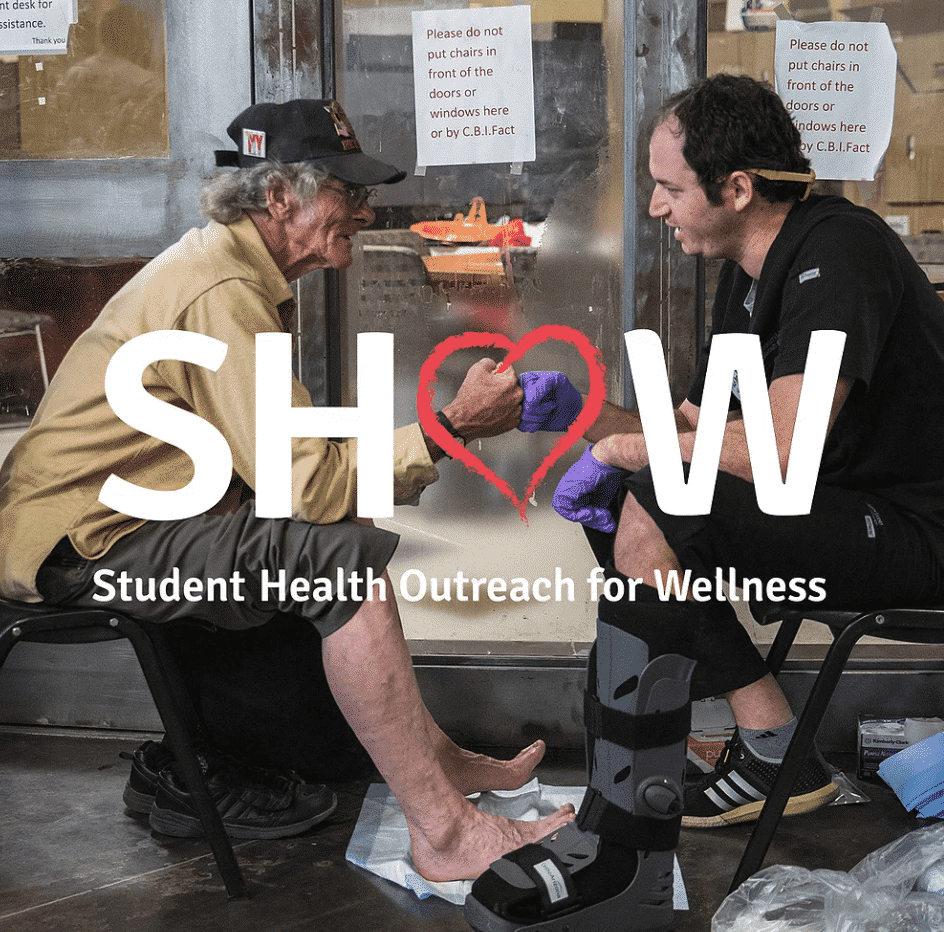